Founder and CEO at ANICANN 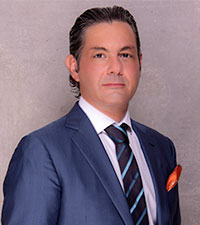 Guilllermo grew up in a family of farmers and agro-industrial entrepreneurs. Thanks to a combination of professional experience and family tradition he was able to recognize the ecological, economic and social potential of the cultivation of legal cannabis in Mexico; he decided to found the National Association of the Cannabis Industry (ANICANN), which he currently presides. He has become an advocate and activist in the fight for the legalization of hemp and cannabis cultivation in Mexico. Thanks to his knowledge, not only of the plant, but of the industrial and commercial processes around it, he is frequently consulted by renowned media and journalists such as Sergio Sarmiento, Ciro Gomez Leyva and others, who seek to know his point of view. He has spoken about the benefits of cannabis in Mexico and the United States; he has also represented the sector before the Chamber of Senators and the health and economic authorities. Guillermo is a columnist for Forbes magazine, El Universal and El Financiero newspaper.