Founder and CEO at CannabiSalud 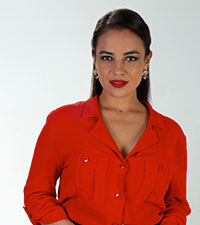 Lorena began her career within the cannabis industry in Denver, Colorado in 2014, when she joined the work team of the international company Charlotte’s Web Hemp.

In 2016, she joined the company Concentrate USA as LATAM Operating Director, founded in Colorado and dedicated to the cultivation and management of cannabis dispensaries. In that same year, she began a new work stage as an International Consultant and Speaker, actively participating in forums and conferences in Mexico to promote the approval of the law on the use of cannabis for medicinal and scientific purposes, which was published in June 2017. In that same year, she gave herself the task of founding CannabiSalud, the first international medicinal cannabis symposium in Mexico, which has positioned itself as one of the most important educational platforms for the health and the business sector. In 2018 she moved to Mexico City and co-founded the company Endonatura Labs LLC, which focuses on research, product manufacturing and other activities within the current legal medical cannabis framework.

Lorena has continued her preparation, participating as a speaker in the most important conferences abroad such as: CannaTech in Israel and Panama, MjBiz in Las Vegas and Bogotá, ExpoMedeWeed in Medellín and many more in the United States and Canada. At the beginning of 2020 she co-funded a non-profit association called Alianza Latinoamericana de la Cannabis (ALCANN); as of today, it is made up of 14 pro cannabis associations and over 40 private companies, whose main objective is to provide education to the public sector.

Today, Lorena is Chairwoman of the Board of the international cannabis consulting firm Gateway Proven Strategies (GPS) in Mexico; as well as a member of the Advisory Board at Regennabis, a multi-platform delivering ESG and sustainability advisory services.