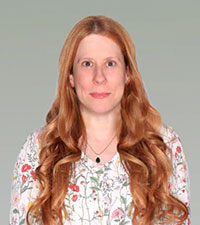 She has a skill set and experience that’s tough to match. In fact, she was labeled a «unicorn» by Bruce Linton, who once offered her a position of Vice President of Global Affairs at Canopy Growth. Sara possesses an expert-level (15+ years) knowledge of the cannabis industry with a background in multimedia journalism (writing, photography, videography, animation). As a public speaker and thought leader I have spoken or moderated at a plethora of industry events.

Not a member of the media hive mind, but a genuine, award-winning newsie, she rose up from the ranks as a cub/beat reporter and photographer for several of New York’s most read publications. Once Sara gained experience and paid her dues, she established the first cannabis news bureau at the United Nations (when cannabis reporting was anathema to most people rather than ubiquitously socially acceptable). She used her position at the U.N. to advocate for cannabis as a genuine medicine for people with mental disorders and physical disabilities.

Her focus for the past two years at Forbes drew on her U.N.-based research experience to elucidate the intersection of cannabis and global affairs. Sara scooped Florida’s media on the legalization of medical marijuana flower in that state, and I scooped Aphria’s IR report that the company pulled out of LatAm and Jamaica, among other breaking news stories.