Cofounder and Director at Heavengrown 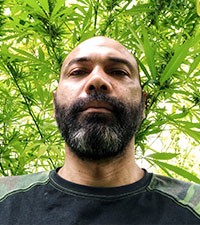 Stephen Clarke has a B.Sc. in Computer Systems and Electronics from King’s College in London, he is co-founder and director of Heavengrown and representative of Hemp Technologies in Mexico. He has more than 15 years of experience in the design and installation of renewable energy systems (photovoltaic, thermal, hydraulic, soil regeneration and water treatment). He is a member of the National Solar Energy Association (ANES, Mexico) and was in charge of the implementation of the first critical process solar system in Mexico. For the past few years, he has focused on researching, developing and promoting open source sustainable construction methods that involve the use of lignocellulosic fibers such as hemp, coconut, bamboo, and agave. He is responsible for the first construction in the world that mixes hemp and bamboo as construction elements, located in Tepoztlán, Mexico. He has built several buildings in the United States, the main ones in California and Texas. In 2017 he built the tallest building on the American continent, reaching 20 m (60 ft) tall, made of hempcrete and cococrete. Also in that year he led the charge in the construction of the world’s first commercial project based on cococrete in Tulum, Mexico. There are over 6 commercially used buildings made with cococrete wall systems in the Riviera Maya. He is currently developing industrial applications with hemp and coconut fibers as bioplastics, biocomposites and advanced carbons for use in superconductors and water filtration systems.